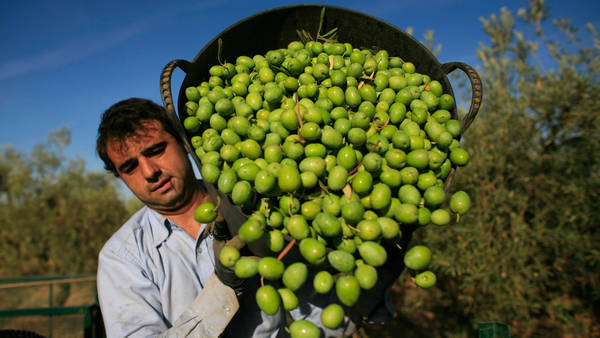 About 30 percent of heart attacks, strokes and deaths from heart disease can be prevented in people at high risk if they switch to a Mediterranean diet rich in olive oil, nuts, beans, fish, fruits and vegetables, and even drink wine with meals, a large and rigorous new study has found.

The findings, published on The New England Journal of Medicine’s Web site on Monday, were based on the first major clinical trial to measure the diet’s effect on heart risks. The magnitude of the diet’s benefits startled experts. The study ended early, after almost five years, because the results were so clear it was considered unethical to continue.

The diet helped those following it even though they did not lose weight and most of them were already taking statins, or blood pressure or diabetes drugs to lower their heart disease risk.

“Really impressive,” said Rachel Johnson, a professor of nutrition at the University of Vermont and a spokeswoman for the American Heart Association. “And the really important thing — the coolest thing — is that they used very meaningful endpoints. They did not look at risk factors like cholesterol or hypertension or weight. They looked at heart attacks and strokes and death. At the end of the day, that is what really matters.”  Until now, evidence that the Mediterranean diet reduced the risk of heart disease was weak, based mostly on studies showing that people from Mediterranean countries seemed to have lower rates of heart disease — a pattern that could have been attributed to factors other than diet.

And some experts had been skeptical that the effect of diet could be detected, if it existed at all, because so many people are already taking powerful drugs to reduce heart disease risk, while other experts hesitated to recommend the diet to people who already had weight problems, since oils and nuts have a lot of calories.

Heart disease experts said the study was a triumph because it showed that a diet was powerful in reducing heart disease risk, and it did so using the most rigorous methods. Scientists randomly assigned 7,447 people in Spain who were overweight, were smokers, or had diabetes or other risk factors for heart disease to follow the Mediterranean diet or a low-fat one.

Low-fat diets have not been shown in any rigorous way to be helpful, and they are also very hard for patients to maintain — a reality borne out in the new study, said Dr. Steven E. Nissen, chairman of the department of cardiovascular medicine at the Cleveland Clinic Foundation.

“Now along comes this group and does a gigantic study in Spain that says you can eat a nicely balanced diet with fruits and vegetables and olive oil and lower heart disease by 30 percent,” he said. “And you can actually enjoy life.”

The study, by Dr. Ramon Estruch, a professor of medicine at the University of Barcelona, and his colleagues, was long in the planning. The investigators traveled the world, seeking advice on how best to answer the question of whether a diet alone could make a big difference in heart disease risk. They visited the Harvard School of Public Health several times to consult Dr. Frank M. Sacks, a professor of cardiovascular disease prevention there.

In the end, they decided to randomly assign subjects at high risk of heart disease to three groups. One would be given a low-fat diet and counseled on how to follow it. The other two groups would be counseled to follow a Mediterranean diet. At first the Mediterranean dieters got more intense support. They met regularly with dietitians while members of the low-fat group just got an initial visit to train them in how to adhere to the diet, followed by a leaflet each year on the diet. Then the researchers decided to add more intensive counseling for them, too, but they still had difficulty staying with the diet.

One group assigned to a Mediterranean diet was given extra-virgin olive oil each week and was instructed to use at least 4 four tablespoons a day. The other group got a combination of walnuts, almonds and hazelnuts and was instructed to eat about an ounce of the mix each day. An ounce of walnuts, for example, is about a quarter cup — a generous handful. The mainstays of the diet consisted of at least three servings a day of fruits and at least two servings of vegetables. Participants were to eat fish at least three times a week and legumes, which include beans, peas and lentils, at least three times a week. They were to eat white meat instead of red, and, for those accustomed to drinking, to have at least seven glasses of wine a week with meals.

They were encouraged to avoid commercially made cookies, cakes and pastries and to limit their consumption of dairy products and processed meats.

To assess compliance with the Mediterranean diet, researchers measured levels of a marker in urine of olive oil consumption — hydroxytyrosol — and a blood marker of nut consumption — alpha-linolenic acid.

The participants stayed with the Mediterranean diet, the investigators reported. But those assigned to a low-fat diet did not lower their fat intake very much. So the study wound up comparing the usual modern diet, with its regular consumption of red meat, sodas and commercial baked goods, with a diet that shunned all that.

Dr. Estruch said he thought the effect of the Mediterranean diet was due to the entire package, not just the olive oil or nuts. He did not expect, though, to see such a big effect so soon. “This is actually really surprising to us,” he said.

The researchers were careful to say in their paper that while the diet clearly reduced heart disease for those at high risk for it, more research was needed to establish its benefits for people at low risk. But Dr. Estruch said he expected it would also help people at both high and low risk, and suggested that the best way to use it for protection would be to start in childhood.

Not everyone is convinced, though. Dr. Caldwell Blakeman Esselstyn Jr., the author of the best seller “Prevent and Reverse Heart Disease: The Revolutionary, Scientifically Proven, Nutrition-Based Cure,” who promotes a vegan diet and does not allow olive oil, dismissed the study.

His views and those of another promoter of a very-low-fat diet, Dr. Dean Ornish, president of the nonprofit Preventive Medicine Research Institute, have influenced many to try to become vegan. Former President Bill Clinton, interviewed on CNN, said Dr. Esselstyn’s and Dr. Ornish’s writings helped convince him that he could reverse his heart disease in that way.

Others hailed the study.

“This group is to be congratulated for carrying out a study that is nearly impossible to do well,” said Dr. Robert H. Eckel, a professor of medicine at the University of Colorado and a past president of the American Heart Association.

As for the researchers, they have changed their own diets and are following a Mediterranean one, Dr. Estruch said.

“We have all learned,” he said.